Home » Agency » The brain circuit of the couple’s relationship

The brain circuit of the couple’s relationship 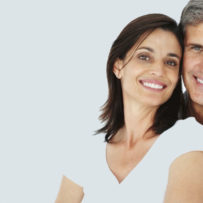 In an article published on “Nature“, a group of researchers of the Emory University in Atlanta has discovered brain circuits that preside over the couple’s relationship. It is called “corticostriatal” and connects the prefrontal cortex, an area involved in decision-making process, with the nucleus accumbens, the brainstem of the reward system, exercising a control action on the neuronal activation rhythms within the latter.

The study was conducted on prairie voles, small monogamous rodents that establish permanent bonds with partners, a feature that makes them an excellent model of couple’s bond.

Elizabeth Amadei, co-author of the research, said: “Prairie voles have been crucial for our group’s discoveries, because it has always been very difficult to study from a neurobiological point of view the couple’s relationship between humans. As humans, we know the feelings we experience when we see the images of our partners, but so far we do not know as deeply as the brain brings us to those feelings and how it brings the vole to the couple’s bond.”