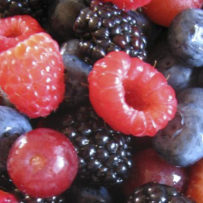 American researchers at Columbia University believe they have discovered a key part in understanding the link between diet and dementia.

A specific dietary model was attached to the markers of blood inflammation. Moreover, in elderly adults who followed such a dietary pattern, the volume of cerebral gray matter was lower and had worst visuospasic cognitive functions.

People who consume less omega 3, less calcium, vitamin E, vitamin D and vitamin B5 and B2 have more inflammatory biomarkers.

Other evidence shows that many foods and nutrients modulate inflammatory processes.

This study showed an association between increased levels of C-reactive protein (CRP) and interleukin-6 (IL6) and worse brain cognitions and volumes.

In the study of 330 elderly adults in the Washington Heights-Inwood Community Aging project, researchers conducted structural scans with MRI and measured the levels of inflammatory biomarkers, both CRP and IL6.

From this information, researchers used a statistical model to create the nutrition-related inflammation pattern (INP).

“INP is basically a linear combination of 24 nutrients, each with a different weight on INP.”

Participants in the study were also subjected to neuropsychological tests that evaluated memory, language, execution speed, and visuospatial function. From these test scores, the researchers calculated a mean composite cognitive score for each participant.

Those with less years of education have had a relatively high INP.

Researchers have determined that having a smaller gray matter cerebral volume could help explain why those who use more inflammatory substances have worse visuospacial cognitions.

These new findings suggest that interventions that reduce inflammatory markers may be helpful.

Once this is known, it may be possible to intervene, not only through a healthier diet, but perhaps also with a micronutrient support.Foods